I’m super thrilled that I got to experience my first Songkran in Bangkok this year. Songkran is the start of the Lunar New Year, and it is also celebrated in Laos, Cambodia, and Myanmar. Songkran is the probably the biggest festival in Thailand, and it also one of the most fun (read: wettest). Everyone at the office has been talking about Songkran since I arrived 4 weeks ago.

According to Bangkok.com, “Songkran is the occasion for family re-unions, temple visits and annual house cleaning. Traditionally, Thais perform the Rod Nam Dum Hua ritual on the first day of Songkran, which is officially the National Elderly Day. During the ritual, young people would pour fragrant water into the elders’ palms as a gesture of humility and to ask for their blessings. The second day of Songkran is officially the National Family Day. Families would wake up early and give alms to the monks, then ideally the rest of the day would be spent sharing quality family time together. An important religious ritual on Songkran is ‘Bathing the Buddha image’, in which devout Buddhists pour fragrant water over Buddha statues both at the temple and at home. More religious Thais would engage themselves in Buddhist ceremonies and merit-making activities throughout the holidays.” 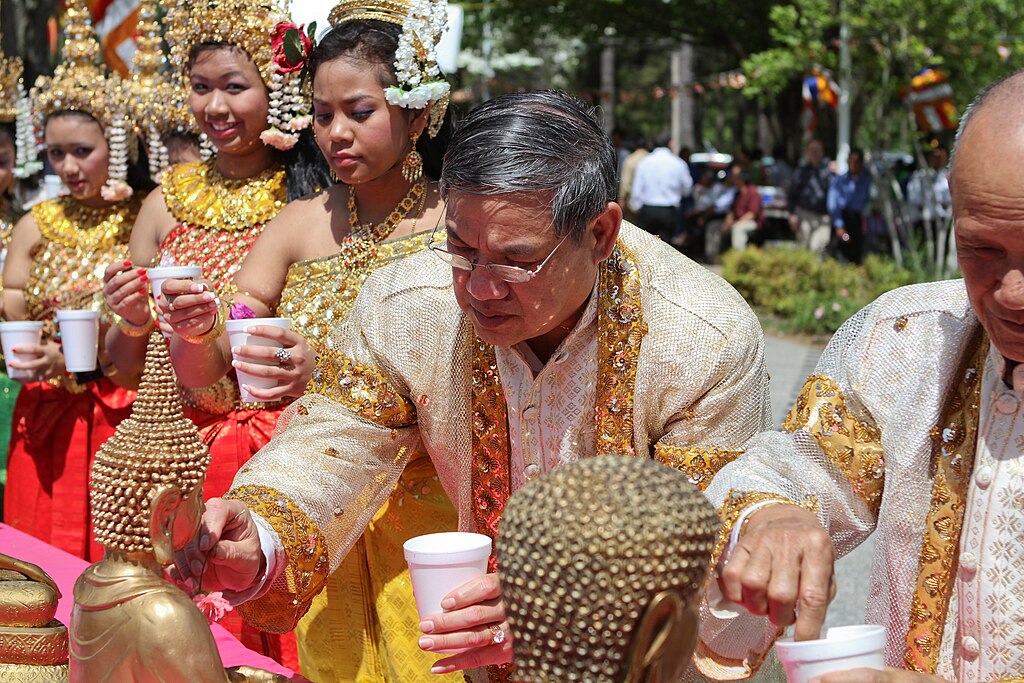 Aside from the traditional ceremonies, Songkran in Thailand is well-known because almost everyone in the country, especially in Bangkok, throws water at each other or engages in water fights. The water is supposed to cleanse you of your misfortunes from the previous year, and helps you start the new year fresh. With the amount of water I had poured on me today, I’m pretty sure I had more than a few years-worth of misfortunes cleansed.

I decided to spend the 1st day of this year’s Songkran in Silom. Silom is half business district, half seedy bars. It’s the perfect place to have a water-fight festival. Though I had my GoPro with me earlier, I unfortunately wasn’t able to take a whole lot of photos. I was too busy spraying random tourists with my Doraemon water gun.

Here’s a video of me running into the oncoming crowd and spraying them with water.

Tomorrow I’ll be in Khaosan, which is the backpacker district. That should be just as fun. I’ll try to go a bit early so I can take pictures with my regular camera without worrying about it getting drenched.

The Bangkok MRT
Day 2 of My 1st Songkran